Made in Utah, USA  in an ISO 9001 compliant facility 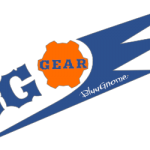 Made in Utah, USA  in an ISO 9001 compliant facility

The SQWUREL rappel device / descender is not a real squirrel so the spelling may look a bit odd.  The real spelling is SQWUREL not squirrel, squirl, sqrrrl, squirel, etc.

For more information click on the link in the side bar for SQWUREL Extra Info.

There are no reviews yet.

Be the first to review “BG Gear Sqwurel” Cancel reply